And he went out to meet Asa, and said to him: “Hear me, Asa, and all Judah and Benjamin. The Lord is with you while you are with Him. If you seek Him, He will be found by you; but if you forsake Him, He will forsake you. II Chronicles 15:2

King Asa decided to trust in men and his own riches to protect him instead of God and was defeated.


The bad news is we are way weaker and worse than we think we are....the good news is that Jesus is way stronger and better than we could ever hope or imagine....a quote from Pastor Tullian

Be brave and trust God to take care of everything! 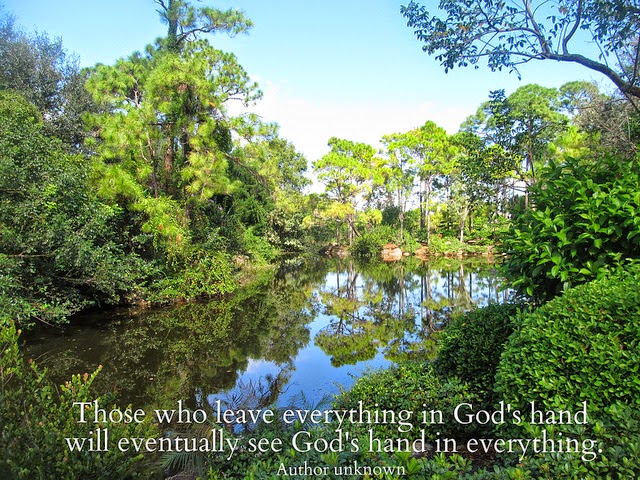 This picture was taken on a walk October 20, 2012 at Morikami Japanese Gardens.
Posted by Hurricane Empress at 12:00 AM