An article posted on liberate.org about a Pastor's experience in opposition:

January of 2012, Megan Fowler ofbyFaith, the online magazine of the Presbyterian Church in America, interviewed Pastor Tullian about his then-new bookJesus + Nothing = Everything. Here’s their conversation:

In 2009, the Rev. Tullian Tchividjian transitioned from pastor of a church plant in Ft. Lauderdale, Fla., to pastor of Coral Ridge Presbyterian, a church whose only other pastor had been Dr . D. James Kennedy. The task proved challenging. Not long after his arrival, Tchividjian encountered opposition. After a petition for his removal gathered enough signatures, Tchividjian and the church’s session were forced to hold a congregational meeting to vote on whether or not to keep him as pastor.
Ultimately the church upheld his call, but the months of strife exhausted Tchividjian. In his new book, Jesus + Nothing = Everything, Tchividjian shares how God used the conflicts at Coral Ridge to expose his heart’s idols and rekindle his understanding of the gospel.
You speak candidly in this book of the conflict and ministry discouragement you experienced in your first year at the church you currently serve, with the summer of 2009 being the lowest point. Did you find it hard to write about and publish such experiences?
It was easy only because God taught me so much during that time, and I emerged from that very painful, trying season of life a different person, a different preacher. For years I had always preached the gospel with great passion and with theological capability, but it wasn’t until God brought me through the crucible of pain that everything I had been preaching years earlier became functional for me. It’s one thing to stand up when things are going well and tell a large congregation that Jesus plus nothing equals everything. It’s another thing when you come to a point in your own life when everything seems to have been completely stripped away, and you’re really faced with the fact that, wow, it’s true. Jesus plus nothing really does equal everything.
I say throughout the book that God helped me to see during that time that I had become very dependent on human approval and human acceptance to make me feel like I was important. God showed me, when human approval and human acceptance were stripped away for a season, how dependent I had become on them. So as painful and as difficult a season of life as that was, God used it to expose my own idols and set me free from them.
Since the summer of 2009, things have been much better. It was the reality of the gospel that gave me a sharp mind, soft heart, and steel spine to make it through that season. This was not me conjuring up some internal power. This was God, by His grace, because of what Jesus has already secured for me, just emboldening me. It changed me as a leader. It made me fearless because there’s nothing anyone in this world could take way from me that really mattered.
I did fear that if I go through with this and take a strong stand, I could lose my job, and how would I support my wife and kids? But there again I had to go back and realize God owns the cattle on a thousand hills. He loves my children and my wife more than I do, and He’s going to take care of me and take care of them. So it makes you fearless to whatever financial setbacks you might have. It makes you fearless to whether you should compromise your beliefs because you don’t have the support to do what you believe. It makes you able to say crazy, counterintuitive things like, “To live is Christ; to die is gain.” It changed me forever.
What can this book offer to other pastors dealing with conflict and discouragement?
The book was born out of my own struggle and pain, and I am hoping it will be a great service to pastors. One of the great blessings that came out of all of this has been the number of pastors who have come to me and not only shared their own war stories, but thanked me for sticking it out and being a light to those who are in the trenches. I come from a well-known family at a well-known church, but there are a ton of guys from all denominations going through this very thing. I came to the realization that this is so common. There are so many men who have struggled, and I think about their wives and think about their children.

The only antidote to that kind of pain and fear is the freeing reality of the gospel. That’s not just some theological maxim or some lofty spiritual catchphrase. If Jesus plus nothing—and I mean nothing—really grips your heart and sets you free, you can walk into a difficult meeting and be bold, humble, and courageous because even if they pick you up and throw you out, ultimately you’ve lost nothing. Your worth, value, significance, and security are not at stake. All of that has already been secured by Jesus, and there’s nothing you can do to lose it. And there’s nothing anyone else can do to take it away.  (Read More) 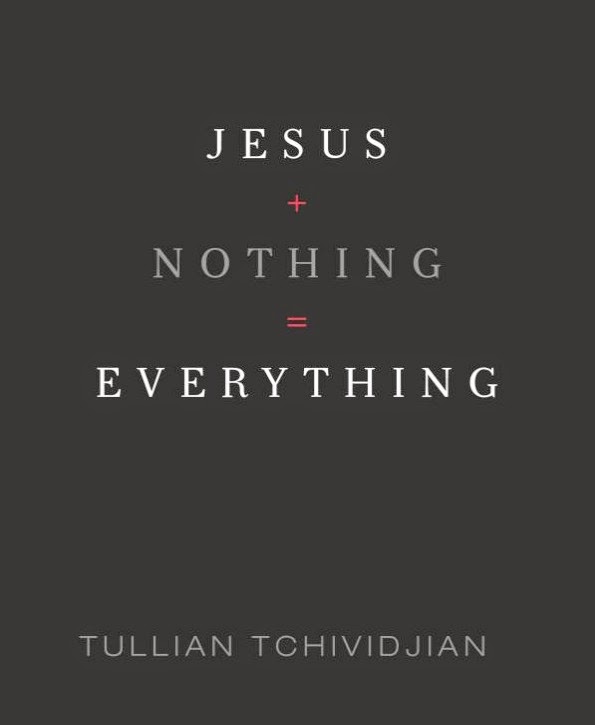