But it so happened, when Sanballat heard that we were rebuilding the wall, that he was furious and very indignant, and mocked the Jews.  Nehemiah 4:1

Sanballat set out to discourage and defeat the Jews. He made fun of them, mocked them and then went to battle against them. He even had Jews from within the camp that were helping give him information to help him overcome them. He became obsessed with their defeat because he was filled with so much hatred and despised them.

Does that sound like anyone in our own life? Unfortunately there are people within our families, communities and even churches that suffer from the Sanballat Syndrome. They have made it their quest to set out, mock, destroy and conquer others. They may not have an army with shields and swords but they have many other destructive tools. Gossip, slander and sarcasm are used to destroy one's spirit and reputation. Not acknowledging people or treating them as if they have no value is another method.

God protected the Jewish nation from Sanballat and God will protect us too! Some days it feels as if we are being defeated but no matter how things may seem always TRUST GOD! 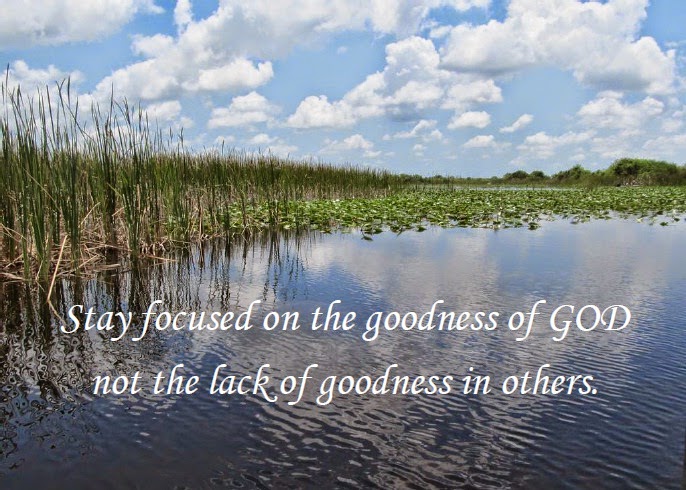 This picture was taken in the Everglades, May 2013.
Posted by Hurricane Empress at 5:04 AM