Now there was a man in Maon whose business was in Carmel, and the man was very rich. He had three thousand sheep and a thousand goats. And he was shearing his sheep in Carmel. The name of the man was Nabal, and the name of his wife Abigail. And she was a woman of good understanding and beautiful appearance; but the man was harsh and evil in his doings. He was of the house of Caleb. I Samuel 25:2-3

Abigail was intelligent and beautiful but her husband Nabal was a fool and cruel according to these verses. How many times have we seen two people married where one is delightful and the other grates our nerves?

David was still on the run at this time from King Saul and was in the area where Nabal had his sheep so they protected them from any harm. It was customary at that time to be compensated for the protection of your flock but instead Nabal was rude, critical and refused to do anything for David and his men.

David was upset and set out to go up against Nabal for his foolishness. Abigail met him on the road with her servants and compensation for David and his men's protection of their flock without her husband knowing. When she told her husband the next day about what she had done he was so upset he had a heart attack and died. David found out what happened to Abigails husband and asked her to be his wife and they were married.

This is a great love story but more than that it is about a woman who had the courage to do right and God blessed! 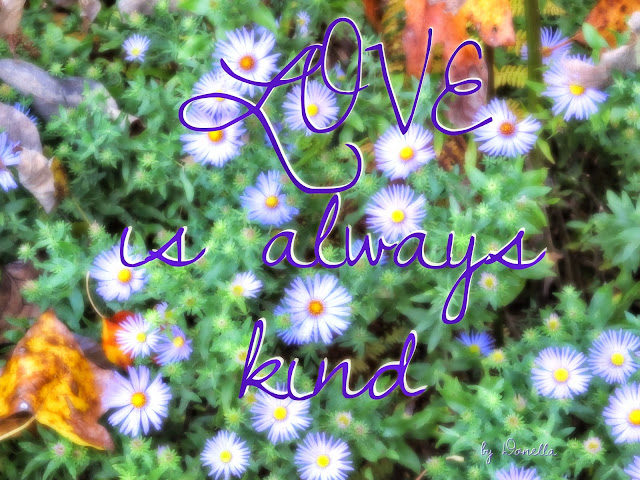 This picture was taken while visiting Longwood Gardens in Pennsylvania, October 2014.
Posted by Hurricane Empress at 12:59 AM