Romans 8:28 And we know that all things work together for good to those who love God, to those who are called according to His purpose.

written during Hurricane Season 2006:
When tropical storm Alberto formed in 2006, I thought it would be a good time for a practice drill to be sure we have our hurricane preparedness plan at home working. I asked Jim to show me how to work our new shutters which all we needed to do was close, pack and leave. I like the sound of that, don’t you? Anyways, we pulled the shutters together, easy, easy, easy and then I asked, why is there a lock on the handles? He said, because you need a key and then I asked, where is the key? He looked at me as if to say, I thought you had it. When you have been married as many years as we have, you don’t have to speak because a “look” speaks volumes. I looked back at him and I said, "No, I don’t have the key so where do you think it might be?" Oh brother, we failed miserably our first hurricane practice drill and a few weeks later when the next tropical storm formed we still had no key.

My life is a lot like this story, I can have a plan on how I think it should be but if the main "key" is missing then I am left feeling stressed instead. I personally always make the mistake of trying to plan my own life because I become so wise in my own eyes. Then I realize when I can’t get it right that I just need to stop looking to myself but instead look to my Heavenly Father.

We had to have new keys made for our shutters so hopefully the next practice drill will be smoother..... 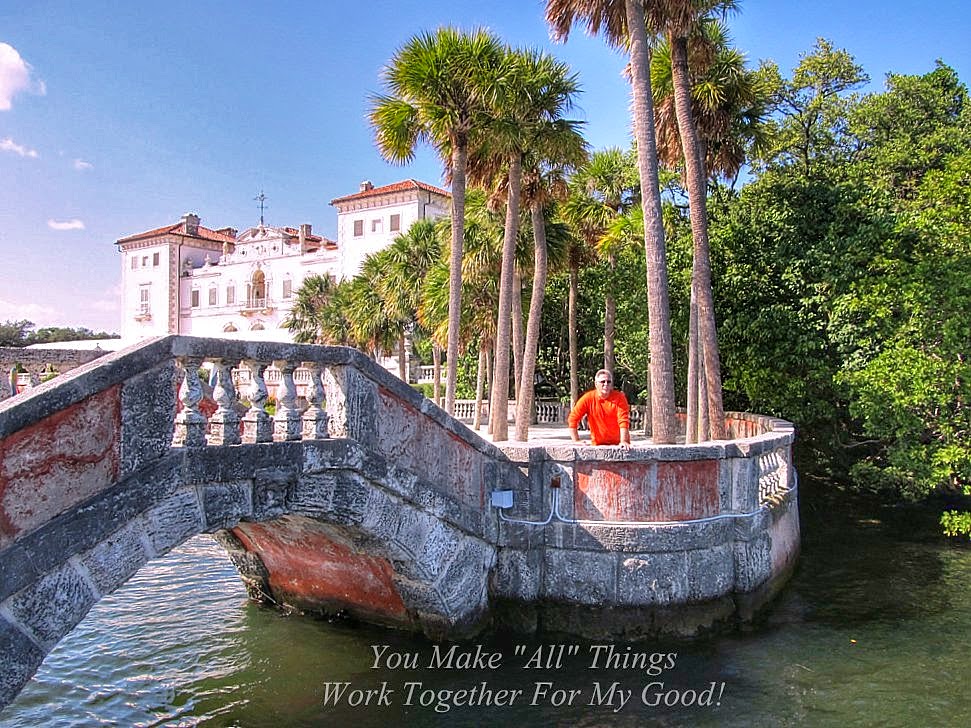 This picture was taken at "Vizcaya" when we visited in 2012.
Posted by Hurricane Empress at 3:32 AM