~Less Than We Should Be~

Where can we go up? Our brethren have discouraged our hearts, saying, “The people are greater and taller than we; the cities are great and fortified up to heaven; moreover we have seen the sons of the Anakim there.”  “Then I said to you, ‘Do not be terrified, or afraid of them. The Lord your God, who goes before you, He will fight for you, according to all He did for you in Egypt before your eyes, and in the wilderness where you saw how the Lord your God carried you, as a man carries his son, in all the way that you went until you came to this place.’ Deuteronomy 1:28-31

The world tells us we don't do enough, we don't do it right, we can't do it and fill in the blank....it seems that in life I notice there is so much more disapproval in everything that we do than there is approval.  All around we are getting negative messages about being a bad child, a poor parent, a disappointing spouse, an inadequate employee....all around we are being accused of being less than we should be.....it's exhausting!

People are so judgmental, mean and cruel. Let's not be the one's with the critical spirits of this world but instead be the beam of light and hope to those around us. Life has enough set backs and disappointments. Our encouragement may be the one thing that makes an individual feel like they can go on because someone cares or someone believes in them.

Ridiculing, sarcastic remarks, disrespect, criticism are all prevalent everywhere. You can find it when you are not even looking. It wounds me deeply when someone close to me does any of these things to me personally. Oh, I'm just kidding or you know I didn't really mean that will follow but the wound has already been made.

If I had to raise my children over again I would have been a better example and I would have taught more the importance of being kind and gentler to others. 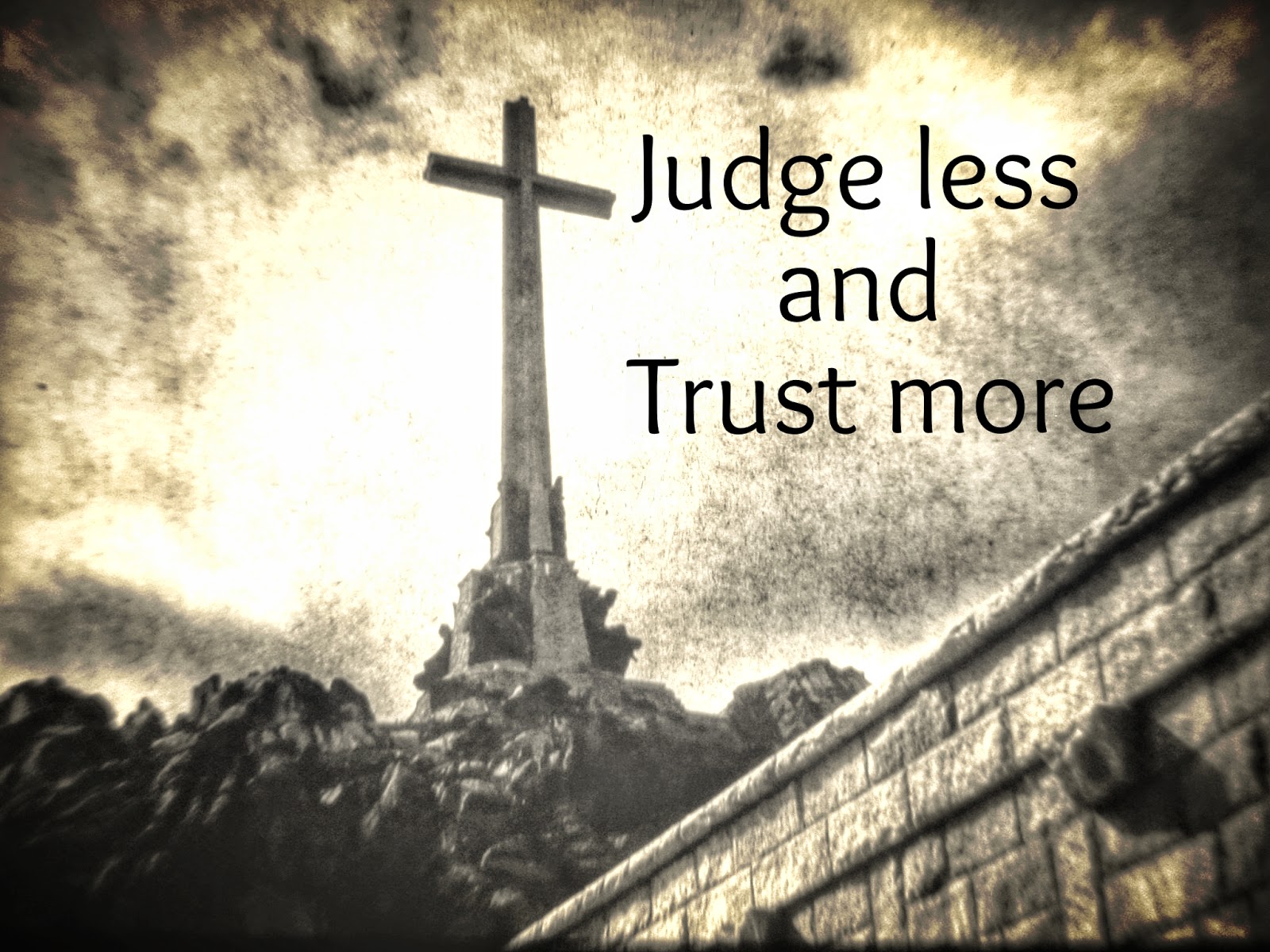 My father took this picture in the early 1960's of Valle de los Caidos near Madrid Spain.
Valley of the Fallen was conceived by Franco to honor and bury those who fell
during the Spanish Civil War.