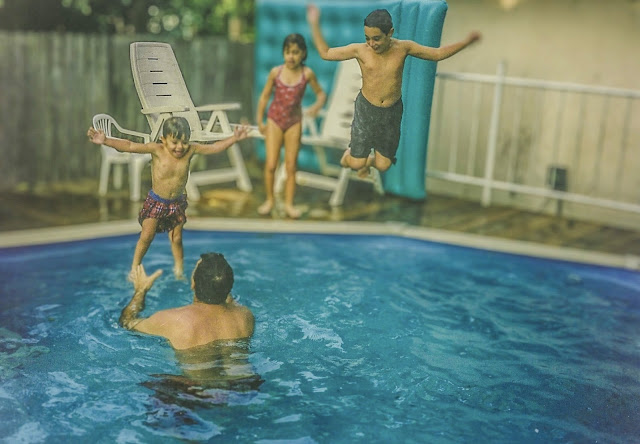 This is a great picture of what “FAITH” looks like. My husband tells my nephew to jump and he does because as you can tell by his face he knows his uncle is going to catch him. He has no doubt and his face is fearless with a huge smile that this is going to work out perfectly and be fun! I have seen so many kids his age that were too afraid because they thought they were going to be hurt or worse even drown. They felt something would happen and did not believe the person who was wanting them to jump so they could catch them. Those children have to learn as they grow to trust a parent or adult that they will catch them after many words and tears usually.

Life has so many moments that make us believe or feel like those kids that we are going to be hurt or drown. We get overwhelmed and want to quit because life is too difficult. That’s the reason God writes to us in the scriptures so we don’t give up. God is in the pool saying JUMP to me and I will protect you! Do we have the faith required to jump? What is Faith?

Posted by Hurricane Empress at 7:12 PM